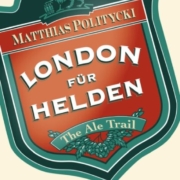 Matthias Politycki is one of the most important German-language writers of today, in the realm of fiction as well as poetry. As a self-confessed ‚postmodern romantic’, he deals with the adventures of everyday life, love and travel – death constantly in the background. Critics praise his lyrical output for its formal variety (from the sonnet to free verse to concrete poetry), for its artistry, playfulness, humour and wit. A combination of light-footed irony and serene melancholy makes his poems very accessible. Politycki’s passion for the absurd echoes the works of well-known poets such as Christian Morgenstern, Kurt Tucholsky, Erich Kästner, Peter Rühmkorf and Robert Gernhardt, and yet this very male author, by coupling the lofty and the low, cheekiness and tenderness, respect for tradition and modish jargon, reflection and experience, succeeds in producing a sound all of his own.

A compelling love story – and, at the same time, its worst nightmare

A day with no mercy between man and woman: in a densely composed novella, Matthias Politycki tells us of the joys and miseries of love – and how death can shake all its certainties. A journey to the abysses of loyalty and betrayal, the tragedy of a middle-class love in our times.

Ever since his younger days, the promise held out by women had been barred to Hinrich Schepp, owing to his severe short-sightedness. Now, following an eye operation, our reclusive scholar has stumbled into the world of the fully sighted and is keen to finally fathom the glorious enigma of the opposite sex. All the more so when he spots a seductive beauty at the bar in his local pub. She is kissed, and even bitten in the neck, by her female companion – to someone like Schepp, an act that is outrageously errant, yet auspicious. His life is definitively thrown off kilter when this very woman turns up again in his pub – serving the customers.

But what has all this to do with the papers left behind by his wife Doro that he finds on the desk one morning? And what about the cold, dark lake into which, according to Doro, all the newly dead must go – and where they must die for a second time?

Why Peirene chose to publish this book:
“This novella deals with the weighty subjects of marriage and death, in an impressively light manner. Shifting realities evolve with a beautiful sense of irony and wit. It is a tone that allows us to reflect –without judgment – on misunderstandings, contradictory perceptions and the transience of life.” Meike Ziervogel